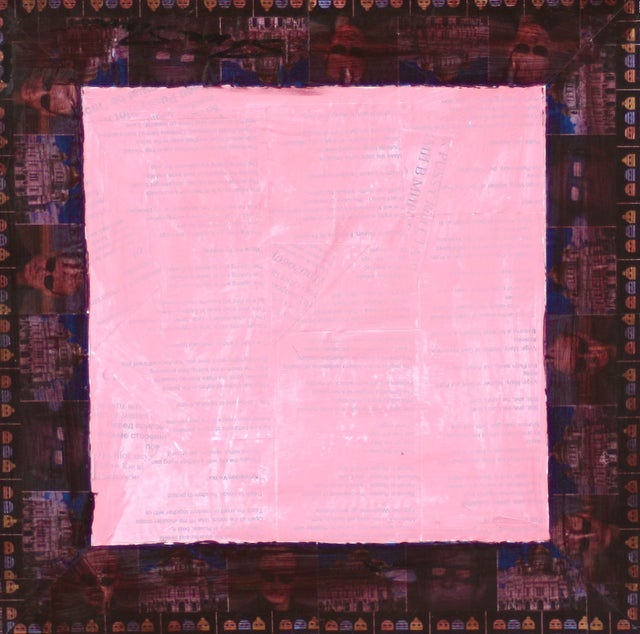 Don't be a Square Daddio! 3

Title: Don't be a Square Daddio! 3

Subject: On February 21, 2012, the group Pussy Riot held an illegal video session within the Cathedral of Christ the Savior in downtown Moscow Russia. They recorded the video with no sound and then loaded the song lyrics and loaded to YouTube. The song was "Punk Prayer - Mother God chase Putin Away!", which is the background of this painting and viewed over 4 million times in various versions. Putin got infuriated and had three of the lead members arrested while the other band members fled the country. They were arrested in March and sentenced to 2 years prison. A wide range of international singers protested their imprisonment such as Sting, Madonna and Yoko Ono.

The band originated in the protests of Putin's third run for President even though the constitution limited reigns to 2 consecutive terms. Putin got around this by stepping down to Prime Minister and then ran again, essentially just keeping power for 4 terms now. His policies have run from getting rid of elections of governors, assassinations abroad by the KGB, massive corruption and stopping reforms towards open capitalism.