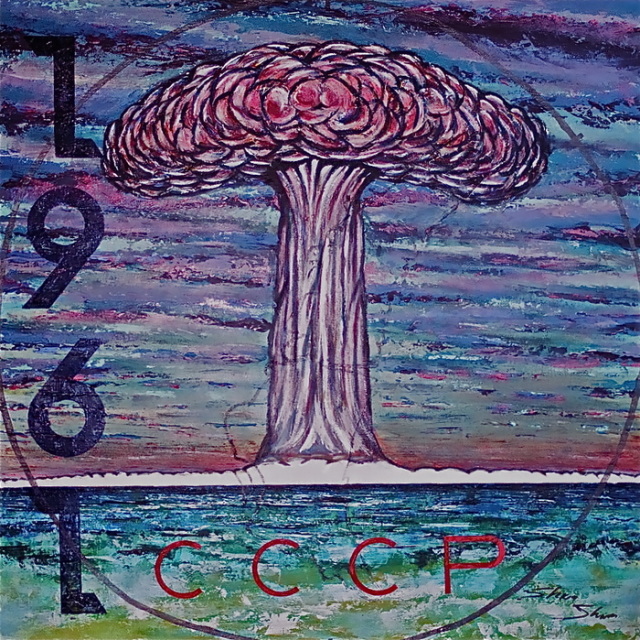 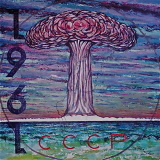 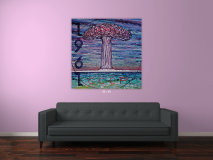 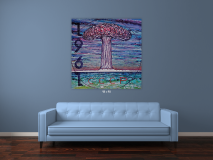 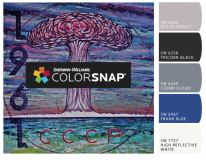 On October 30, 1961 the Soviet Union dropped the largest nuclear bomb ever over the island Novaya Zemlya. The yield blast was 50 megatons. The blast went thorough the cloud cover and was felt 1000 km away. Within 100 km, you got 3rd degree burns. The mushroom cloud was 7 times higher than Everest. The seismic shock registered above 5. The power unleashed was equivalent to 1.7% of the Sun. The bomb could easily wipe out all of Paris and its suburbs combined.

How did this arise? Stalin started covertly studying and copying US designs as well as developing their own. At the same time, there were at least 10 closed cities built by slave prison camp labor in the Gulag system. After Stalin passed away, his successor Khrushchev kept the program going. He did rise to denounce Stalin's 30 years of Purges in the Secret Speech. Khrushchev himself ordered 10,000 to their deaths. Communist China broke off relations with the USSR after this speech as Mao saw it a threat to his authoritarian rule. Under his reign, USSR built Sputnik in 1957, which kicked off the Cold War paranoia. Tsar Bomba was in 1961 and by 1962 he had generated the Cuban Missle Crisis by shipping nukes to Cuba 90 miles off the US coast. By 1964, the Central Committee and Brezhnev organized his "retirement".

Parallel to the development to this bomb was a book, Atlas Shrugged, by Ayn Rand published in 1957. She has witnessed the early Soviet takeover after the Czars and the transition to a starving purge happy paranoia state. She predicted in her book that a socialist government takeover in the US would only build a huge bomb that ends up destroying the last private "valuable" invention while the real economy worsens with every "reform" and equalization tax increase. Considering the USSR eventually collapsed from a lack of market economy and unsustainable military buildup, she was fairly accurate.

Shipping: This ships in about 10 days from USPS, UPS or Fedex. Shipping in US is $200 and $400 in Canada. For other countries, contact me for custom invoice.